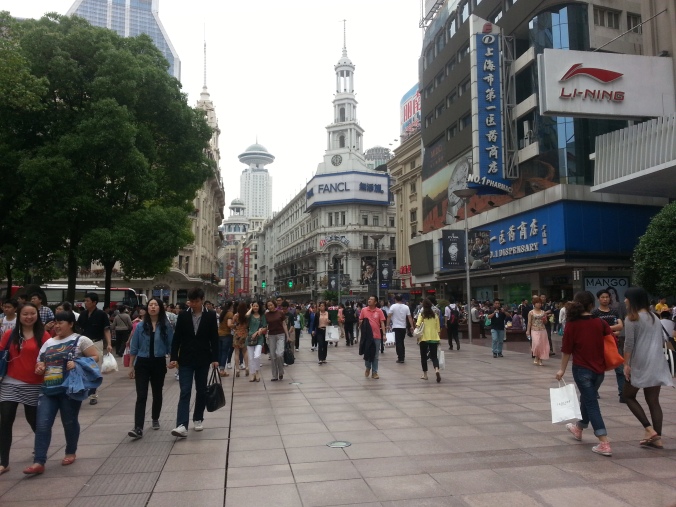 Even before I left to China, the impression about the place was much similar to that of my own country. The scene in my brain was crowded streets, cheep goods, market full of species rare to ones sight and lots of smoke to contribute to the pollution. Despite my husband’s opinion after his visit to Shanghai, my perception or the picture that was already stored did not change, until I was actually there.

View from our hotel on a clear sunny day

Church across the street

During flight travel, I preferred the window seat. This is because I wanted to get the view of the country I was going to from far above, as that gave some sought of fine emotion to me. The notion about Shanghai, where I landed was contradicting my image stored. When I looked down from my window seat whilst nearing Pudong airport, was buildings and water bodies in the form of rivers/canals and a shade of Green carpet. The view was indisputably stunning and I thought it was superior to London or Kingdom of Bahrain. 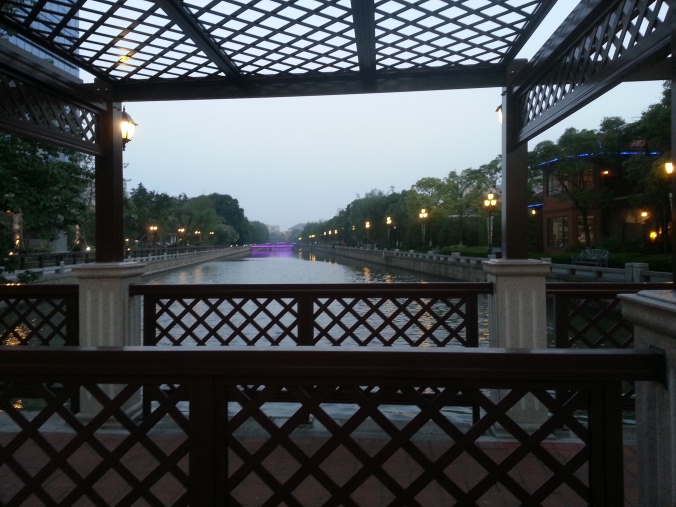 View from our room on a rainy day

As the flight descended, it was very similar to any other airport, except the fact that it was raining, which I never experienced before. There was mixture of feelings, I was low for leaving my son back home, was excited to see a new place and worried whether I would adjust to the food. With so many questions, we (my husband and I) walked to taxi stand to drop us off to Marriott, where our room was booked. There were so many people inviting and offering for taxi but my husband knew that these offers were more than two fold the normal rates. After waiting in a long queue for half an hour, we boarded the taxi for another 40 minute journey to the hotel. En route, I witnessed the tall buildings, speeding taxi and trains. One thing I could not digest is the fact people hardly speak English. So someone going to the country without having any acquaintance or without knowledge of local language, could actually have tough time. Thankfully, we did have a couple of friends already settled for years, this indeed was a breather. 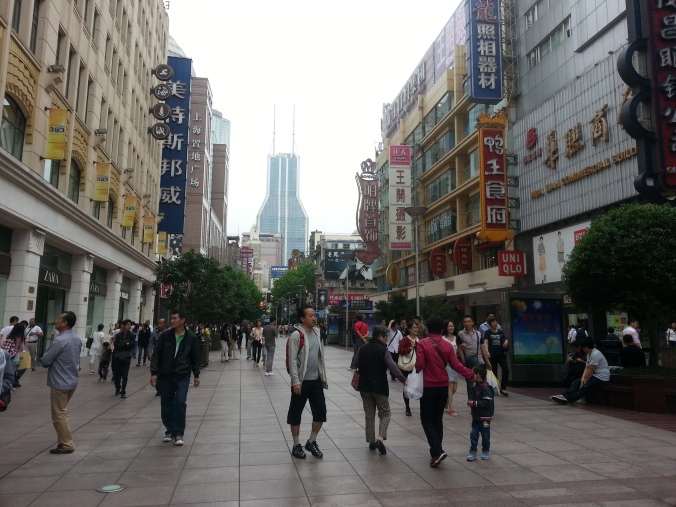 View of The Bund 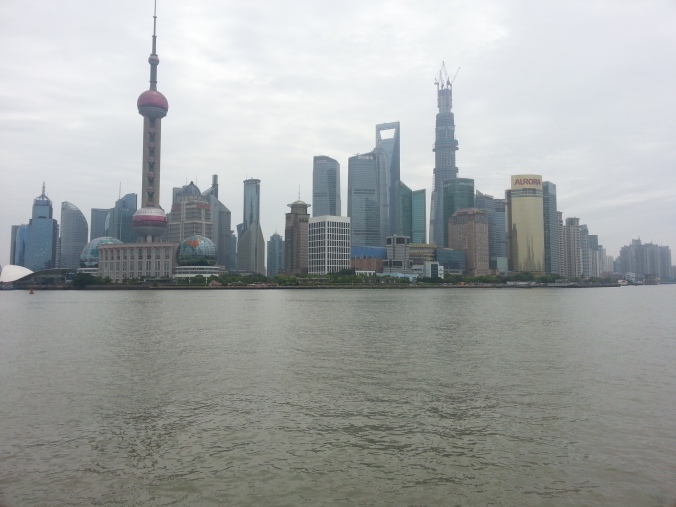 We then checked into this hotel, which was good in service but did not please me much with its ambience. We got the riverside view that was striking on both the sunny and rainy day. We also got a view of a beautiful church across the road and an Indian restaurant (Bollywood) close by.  The hotel was surrounded by many other restaurants and pubs that catered to foreign visitors in the area. Initially, I did enjoy the buffet breakfast which got a bit boring in the due course. The menu was routine with little changes daily. I am salad person so loved the fruit and vegetable salads with dressings that came along. I tasted smoked salmon, that I nearly spat out the first time before getting used. I loved the cereals with fruits and regular nuts beautifully shaped, relished the corn congee, chicken congee, fish congee, bean custard, baked beans with scrambled egg, rice noodles with vegetables, bacon, steamed chicken and fish variety. The deserts did not really appease me. What I loved the most was the black tea without sugar (usually I take with sugar) and the cereals with fruits and nuts. I also enjoyed food from variety of restaurant that lined up along Biyun Lu, near Carrefour. My favorite was the Thai and of course Indian. I have heard so much about Thai food and was overjoyed to experience it, even before actually tasting. I also had some lovely deserts at the Thai joint. Nonetheless “ichado”(apologies, if I got the spelling wrong) served a wide range of dessert and breads soft as snow.

After our hotel stay, we moved to an apartment close by. The most thrilling part for me was shopping for vegetable. I always loved to go to the local market, for it had colors that gave a kind of cooling effect t o my eyes and the smell of freshness. I loved the Green color everywhere. The market was about 15 mins walk from our apartment, crossing a highway, a small park, massage parlors and numerous small eateries. The market was lovely with lots of fresh and dry herbs, vegetables, fruits, meat and fishes that I never saw before. I stuck to the familiar ones, without taking chance though on few occasions I did take chance to try that looked familiar to something I already tasted. Sometimes it was good and other times tasted bad. Unfortunately, I regret for not capturing the market. A friend of mine introduced me to a vegetable vendor, a sweet lady who was stationed close to the entrance, who was warm and friendly. Both of us made sure to get the veggies from her and she was good enough to give us the fresh one, had by any chance we picked a rotten or dry piece. The tomatoes and onions were large in size but realized they were same in quantity to the ones I get in Hyderabad. This was probably due to its density that differed. I saw frog and turtle being cut. Though we felt awkward about it, continual visits made it normal scene. There were other stores with basic household essentials in the markets vicinity. On every trip that I made to market, I realized how much the localities are dependent on restaurants that were cheap and time saving for working class. Most common items I could site were the meat buns, noodles and meat balls on a stick dipped some colored water. Although I was desperate to try, the smell was not inviting to taste, so I stuck to the Indian cooking, with the few masala’s I carried. 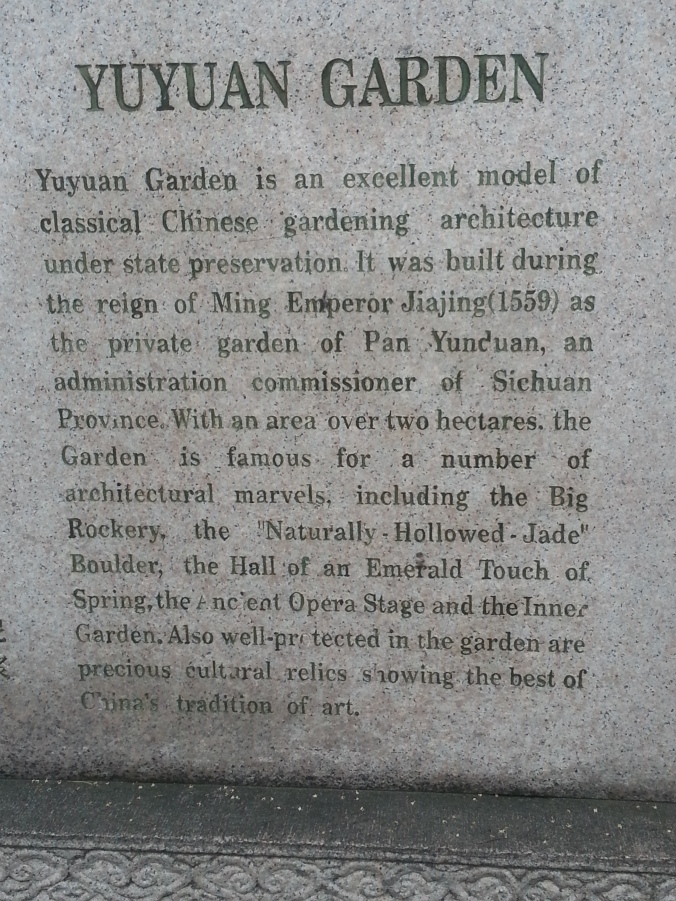 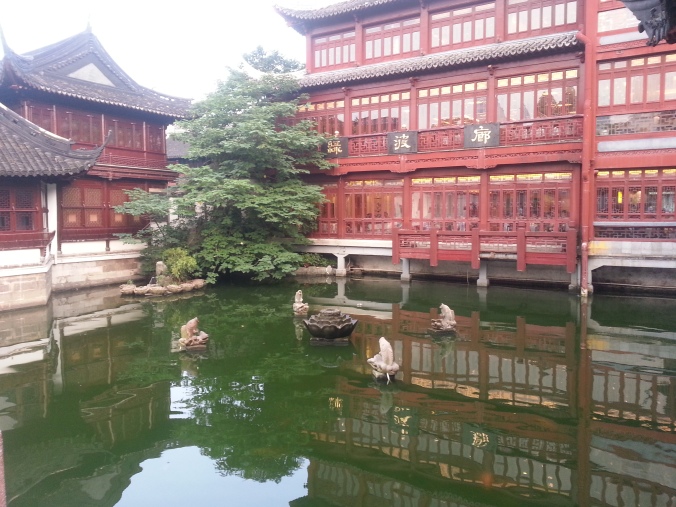 For last couple of years, I believed that my planning was not fruitful and believed God had better plans (you will know it from my previous post). So knowing this fact, I was sure my stay will be shorter and did no arrangement to do much site seeing. The few places we visited was The Bund and Yuyuan Garden. Both of them had their own specialties, one with traditional Chinese building and other modern rocketing tower in various forms. I did little shopping than usual but loved the cutlery the most. I wish I can go back and buy a lot of them. So for all those who is visiting China for the first time, I would suggest them to carry basic curry powder and it would take some time when you come across what is needed with no help from non-English speakers, unless you have someone there. Overall, my view and image out in my head is now totally replaced with wonderful memories that my better half and I had. I am posing few pictures from my short trip. 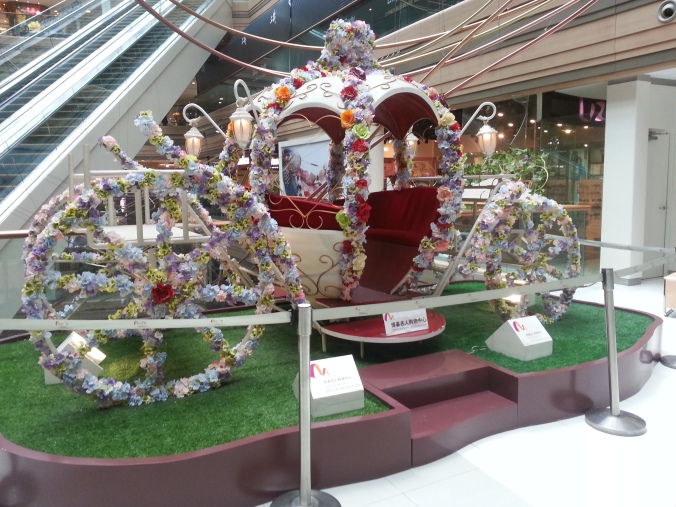 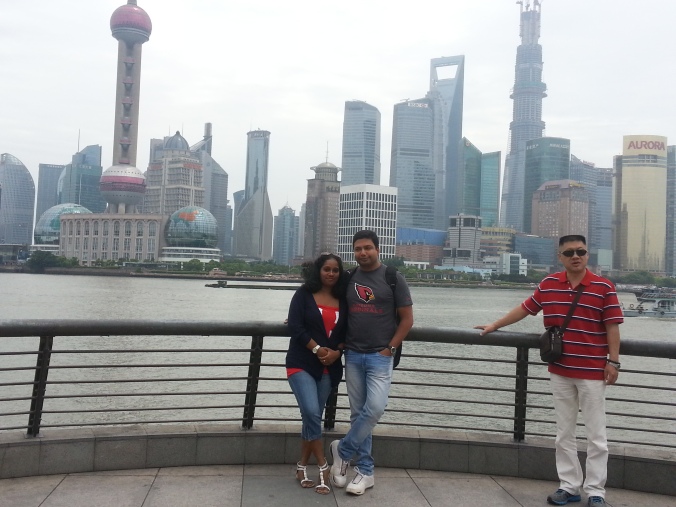 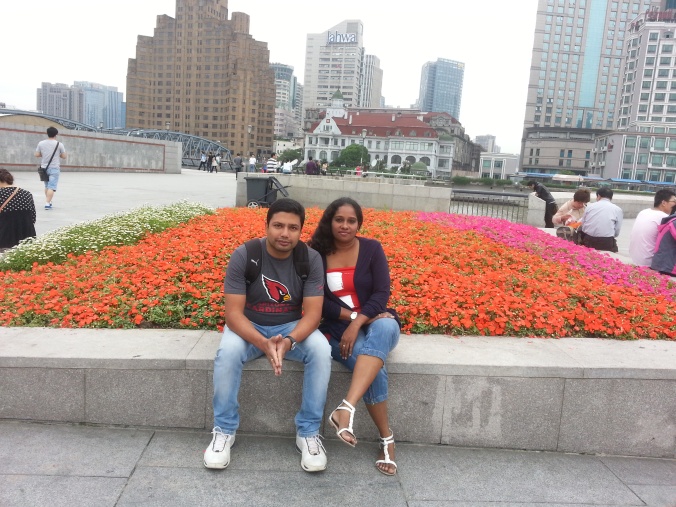