When there comes a impetuousness to take deeper plunge in spiritual mood for various reasons, be it to praise the God, trying to purify oneself, asking for forgiveness, praying for strength to overcome challenges or any other untold reason; We are naturally drawn towards where He is closest. It is usually our little prayer room/corner at home or a temple. For long, I haven’t had a spiritual tour and indeed it was sending a disagreeable chill into my spine. There was a desperate need for self fulfillment. Well, this is normal to all believers of God, especially when guilt takes over for not having prayed enough.

It was spiritual time. Taking into account, the travel time and leave consteaint, day trip was most appropriate. I pre-booked a cab, to visit 4 temples which will cover approximately about 250 kilometers. On my list was, Kotilingeshwara, Bangaru Tirupathi, Mulbagal Anjaneya Temple and Kurudmale MahaGanapathi temple. On the day of travel, I started at 5 a.m. via Hoskote Toll, passing Narasapuram, Kolar and then crossing Bangarupet(the famous pani puri place) thus covering 90 kms. The cab reached by 6:45 am and we awaited for the temple to open. At 7.00, the ticket counter opened and a nominal fee of Rs.20/- was charged for entry. Being a weekday, there were less than 15 people, even on a Monday (the day of Shiva). 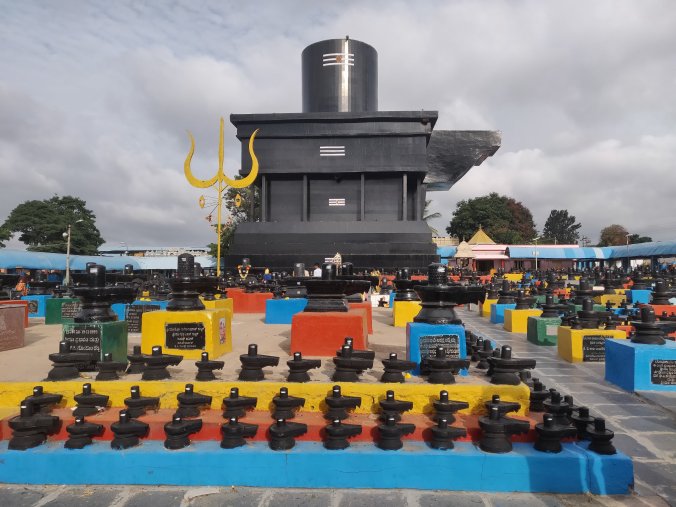 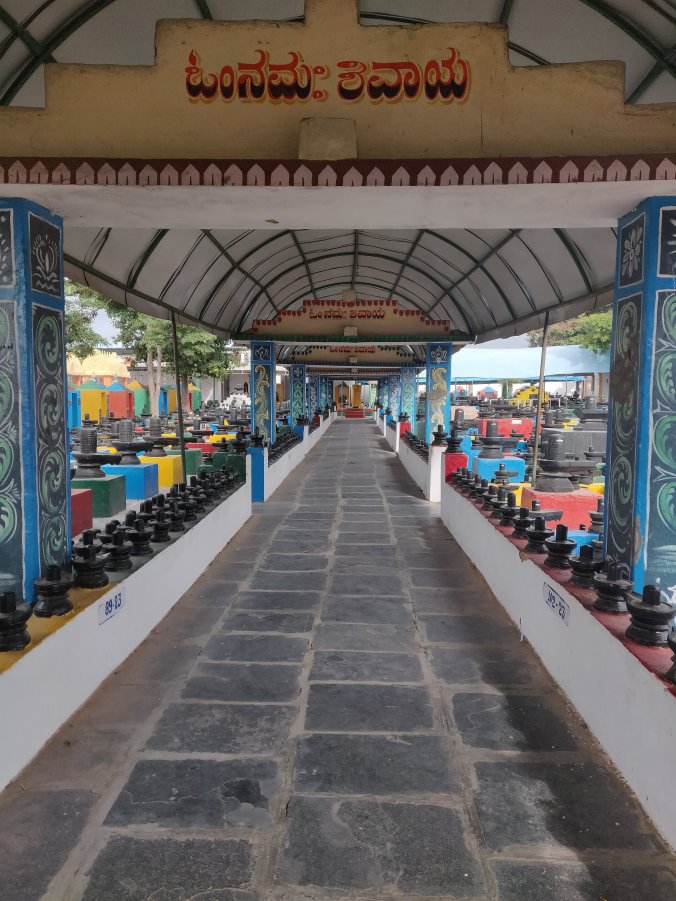 As you enter a narrow path, advancing towards the short door (where a taller person may have to bend), one can see an array of Shiva Linga’s. Notably, these are not of same sizes, presumably because the Linga’s were donated by people based on individual financial capacity. As an age old story goes, the aim is to install 1 crore Shiva Linga’s. Walking past the beautiful pathway, at the center there are two main temples. One, where the Trimurthi’s (Brahama, Vishnu and Maheswara) are housed and second that housed the first Linga. The view was divine and peaceful, for the Deighty was dressed up in flowers while the priest chanted slokas admiring the Lord. After my prayer, I followed the path that led me to the tallest Linga (38m) outside the main temple premises. Facing the the Linga was a big Nandi which cannot go unnoticed. Post spending a little more than an hour, I left for the next destination at 8:15 am. To be precise having spent some me in solitude may be next to impossible on peak days and presume one might take about two hours or more. 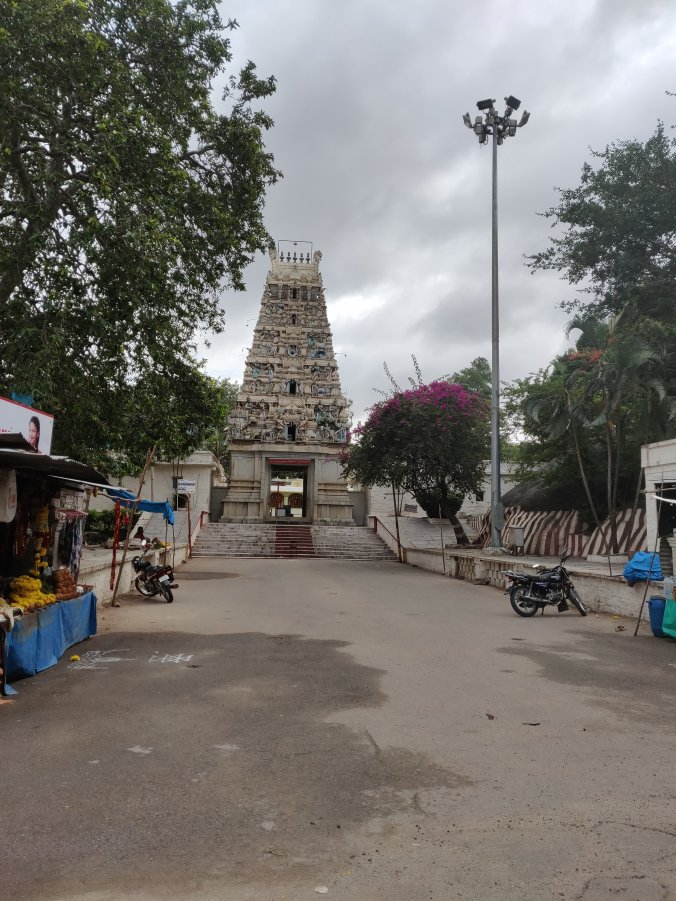 Bangaru Tirupathi temple is about 20 minutes from Koti Linga, I reached at about 8:35 in the morning. Located, amidst a sleepy village with less than 4/5 shops selling pooja articles and couple of vendors selling eatables, the gopuram(gatehouse tower or entrance) of the temple stands out. Since the temple was above the hill, one has to climb roughly about 70/80 steps (an estimate, never really counted). Just as I entered the temple gopuram, there appeared a beautiful pond that housed a smaller temple like structure(very common in South Indian temples) right at the centre. I was in the company of chirping birds and monkeys that were waiting for some coconut/banana to be offered. Now this is what I call “soul satisfaction”. Moving on from the pond, passing by another entrance, I started climbing the deserted steps that welcomed me with trees on both sides. In about 7 minutes, the small temple shrine was nearly ready for visitors with the priest almost done with cleaning. 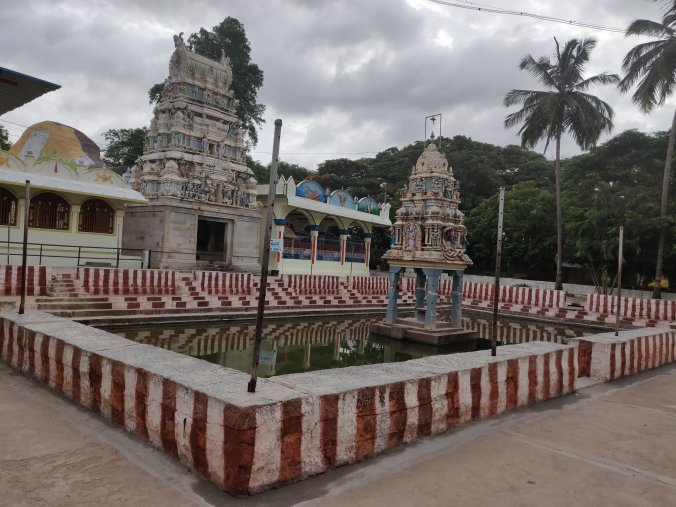 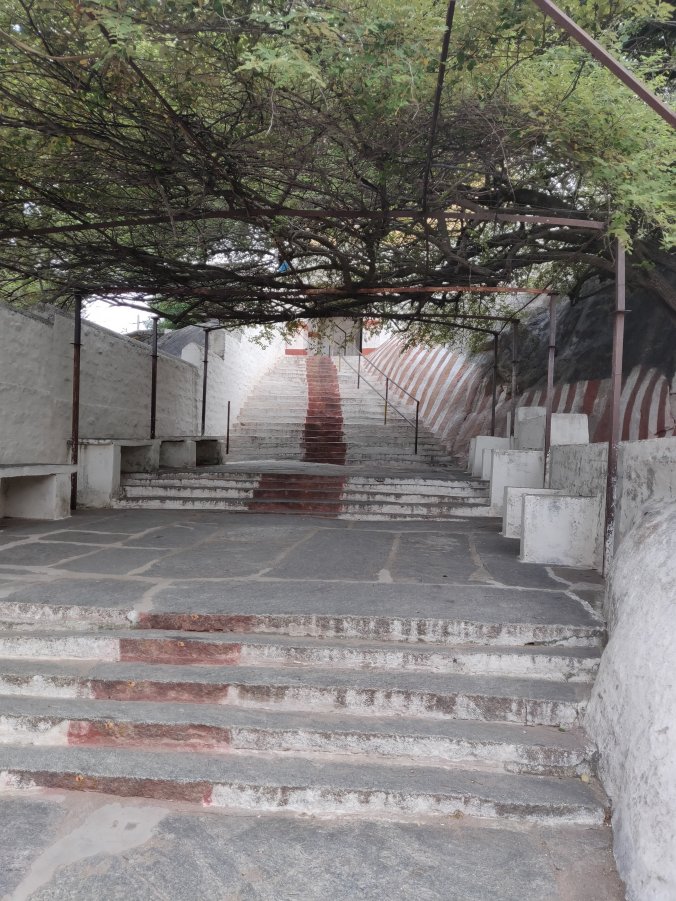 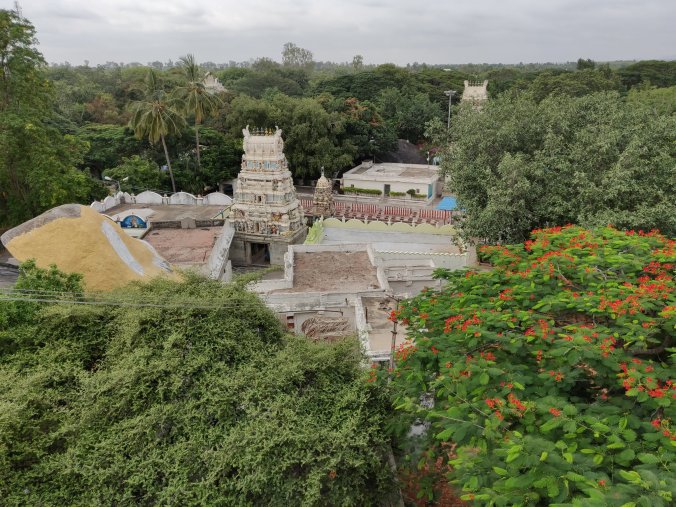 An uniqueness about this shrine was that the deity was visible via a window rather a door; one has to bend slightly to see the Lord. Taking advantage of being the first visitor, I stood looking at the beautiful idol and prayed to my hearts content. Icing on the cake was the spectacular view, that stretched as far as one’s sight can reach. Aaahhh…each of us need something like this to re-energize ourselves. After a couple of photographs, it was time to move to the next destination. It was quarter past 9, which means I spent a little less than an hour, yet to my heart’s content. 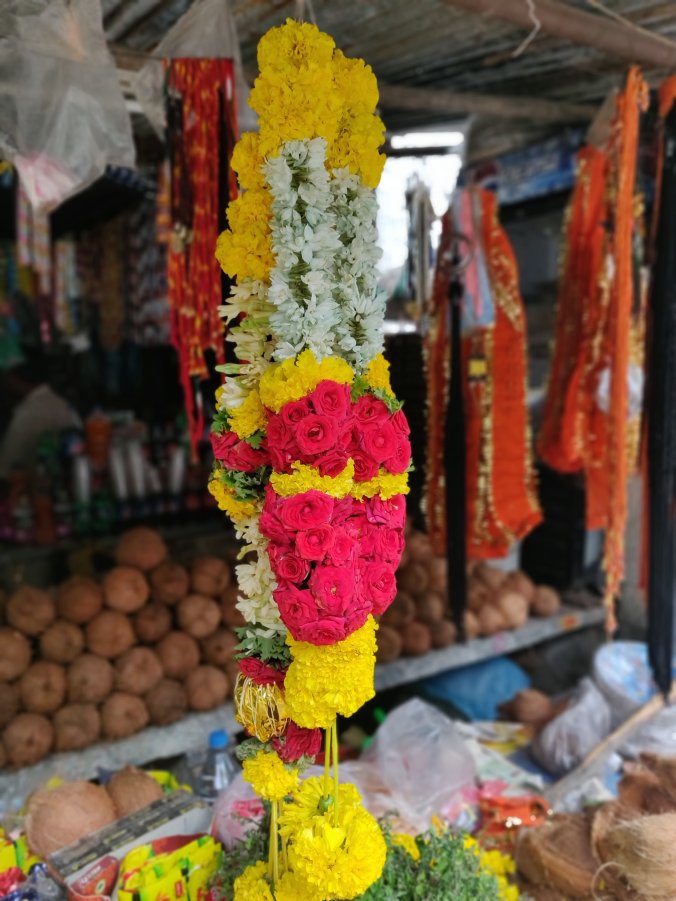 Mulbagal, was 17 kms drive. Since the road were not busy, I was ropped in about 30 minutes. Unlike, previous places, this one was a crowded town and notably a good number of muslim population had chosen to settle. This 5000 year old temple was centrally located attracting good number of people, irrespective of weekend probably due to its proximity to the town’s bus station. This was a older temple and was evident from the inner walls, pillar and the Deity himself. These aged old temples, if any of you have had the experience, has a distinguishing fragrance filled with divinity. Well, it is for sure not because of any perfumed incense sticks. Personally, this was my favorite from this trip. The sight of Lord Venkateshwara on an ekadashi day was stunning. So was Lord Hanuman. It was time to head toward the last destination on my list, Kurudumale. 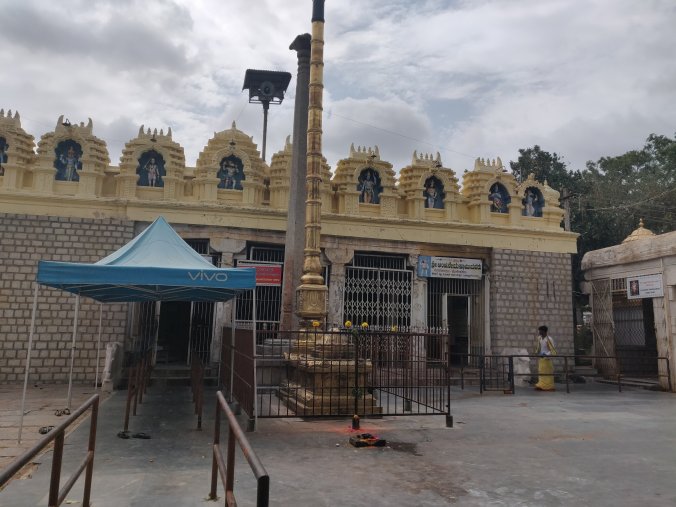 For those, who wish to take a break, A2B is on the highway after exiting Mulbagal, though a small detour may be required. MahaGanapathi temple is relatively near from Mulbagal and took about 15 minutes. The idol of Ganesha is one the biggest that I have seen. 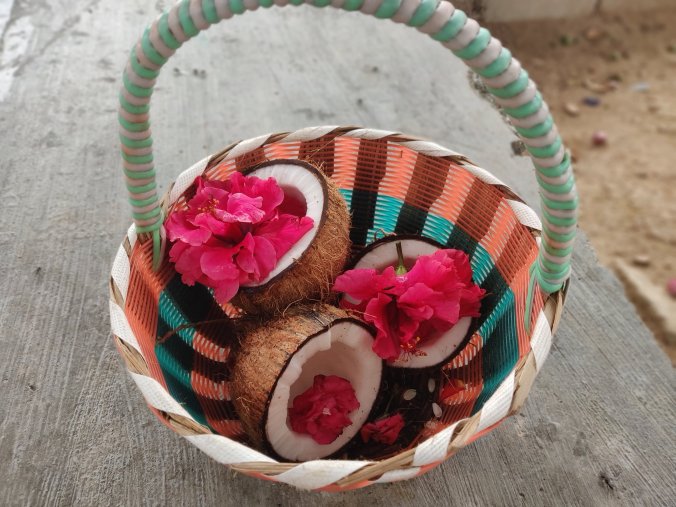 Whilst preparing for this blog, the very guilt of not spending more time was hitting me hard. For those, who are planning a trip around these aged old shrines it is advised to choose a weekday to unwind from maddening work that gives no time for soul.

Hope this write up is useful for those planning for a break outside Bangalore.